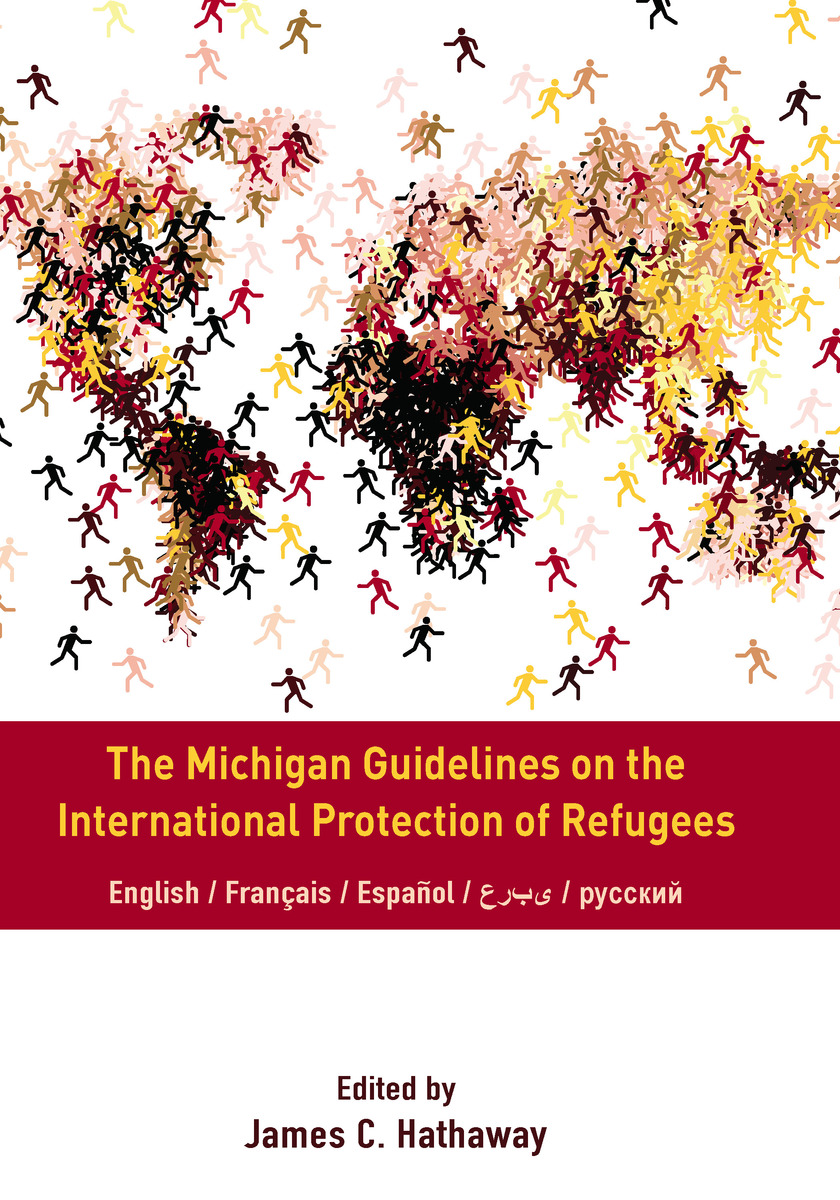 The Michigan Guidelines on the International Protection of Refugees

ABOUT THIS BOOK
The Michigan Guidelines on the International Protection of Refugees are the result of a collective endeavor of hundreds of scholars, advocates, judges, and international officials to tackle some of the most important and challenging questions in international refugee law. This volume presents 20 years of the Guidelines — the consensus work of senior Michigan Law students and experts from around the world on cutting-edge refugee law concerns — in five languages (English, French, Spanish, Arabic, and Russian).

The Guidelines address five of the most difficult issues of refugee status: what is the meaning of a “well-founded fear”; when may refugee status be denied on grounds of an “internal protection alternative”; how is the causal connection to a Convention ground to be assessed; when is a risk fairly said to be for reasons of “political opinion”; and under what circumstances are persons believed to have violated rules of international criminal law to be excluded from refugee status?  Additionally, this volume also addresses three critical aspects of refugee rights – when may a refugee be required to seek protection in a country not of his or her choosing; to what extent is a refugee entitled to undertake employment or other economic activity; and what is the scope of a refugee’s right to freedom of movement, both between states and within the asylum country?

AUTHOR BIOGRAPHY
James C. Hathaway is the James E. and Sarah A. Degan Professor of Law and Director of the Program in Refugee and Asylum Law at the University of Michigan.  Hathaway’s publications include more than one hundred journal articles, book chapters, and studies; a leading treatise on the refugee definition (The Law of Refugee Status, second edition 2014 with M. Foster; first edition 1991); an interdisciplinary study of models for refugee law reform (Reconceiving International Refugee Law, 1997); and The Rights of Refugees under International Law (2005), the first comprehensive analysis of the human rights of refugees set by the UN Refugee Convention and the International Bill of Rights.  He is the founding Editor of Cambridge Asylum and Migration Studies and Senior Advisor to Asylum Access, a non-profit organization committed to delivering innovative legal aid to refugees in the global South.  Hathaway regularly advises and provides training on refugee law to academic, non-governmental, and official audiences around the world.