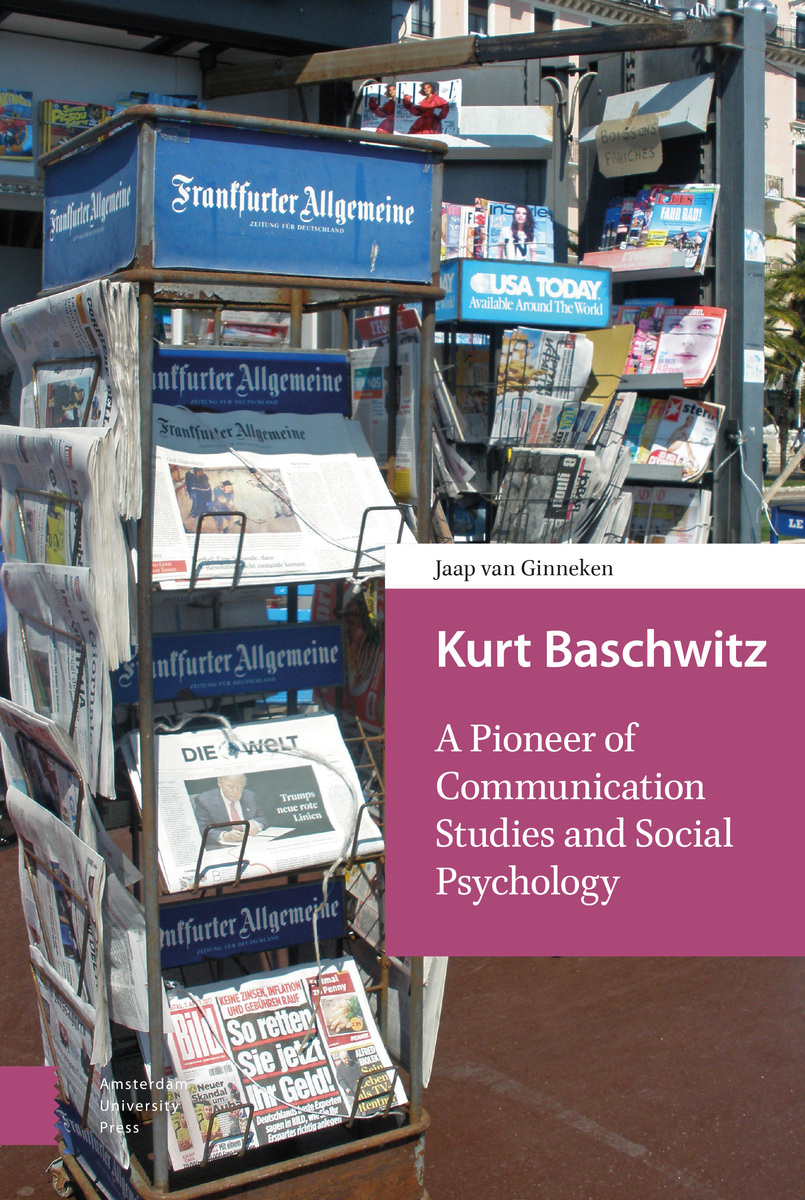 Kurt Baschwitz: A Pioneer of Communication Studies and Social Psychology

ABOUT THIS BOOK
In this accessible, unique study of a forgotten but noteworthy figure, the author tells the story of the life of Kurt Baschwitz (1886—1968), a scholar who fled from the Nazis. He wrote six books, never translated into English, on four related themes: the press, propaganda, politics, and persecution. Baschwitz independently developed concepts that are now seen as key to communication science and socialpsychology, and the author places Baschwitz’s ideas in the wider context of his dramatic life and times.
AUTHOR BIOGRAPHY
Jaap van Ginneken (b. 1943, Hilversum) studied social psychology, with mass psychology and mass communication as collateral subjects in Amsterdam, and did a Ph. D. with distinction on the history of political and mass psychology. He taught part-time at the (then) 'Baschwitz' Institute within the Political and Social Science Faculty; later at the Department of Communication Science. At the same time, he did a wide range of media projects, mostly on science communication. He is the author of 25 full-length/ single-author books: half aimed at larger audiences, half purely academic; half only in Dutch, half translated into English and other languages.