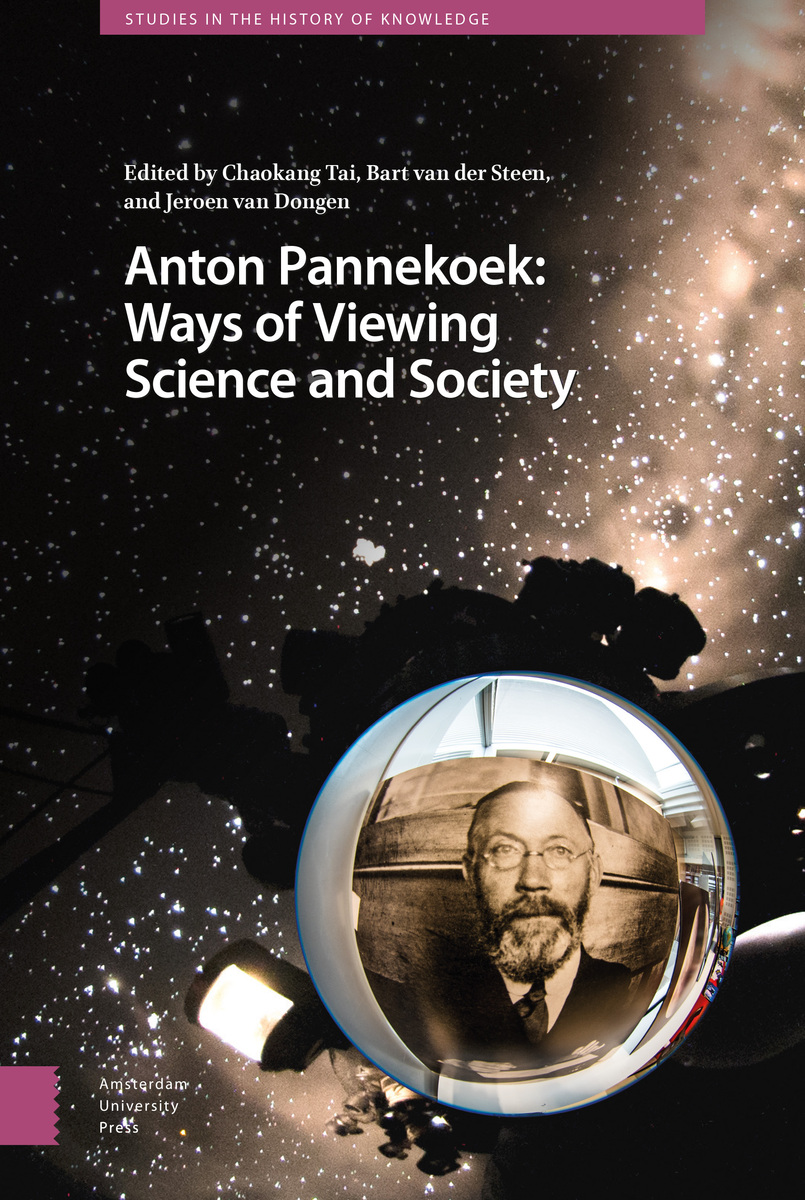 Studies in the History of Knowledge

ABOUT THIS BOOK
Anton Pannekoek (1873-1960), prominent astronomer and world-renowned socialist theorist, stood at the nexus of the revolutions in politics, science and the arts of the early twentieth century. His astronomy was uniquely visual and highly innovative, while his politics were radical. Anton Pannekoek: Ways of Viewing Science and Society collects essays on Pannekoek and his contemporaries at the crossroads of political history, the history of science and art history.
AUTHOR BIOGRAPHY
[Chaokang Tai](https://www.uva.nl/profiel/t/a/c.k.tai/c.k.tai.html) graduated in the program in History and Philosophy of Science at Utrecht University in 2013. He is currently working on a PhD thesis at the University of Amsterdam, where he focuses on Anton Pannekoek’s contributions to astronomy and how they relate to his social theory.[Bart van der Steen](https://www.universiteitleiden.nl/en/staffmembers/bart-van-der-steen#tab-1) is University Lecturer in Modern History at Leiden University, and a specialist in labour history. His most recent publications include *In Leiden moet het anders. Geschiedenis van een SP-afdeling* (2019) and (as editor) *A European Youth Revolt* (2016).[Jeroen van Dongen](https://www.uva.nl/profiel/d/o/j.a.e.f.vandongen/j.a.e.f.vandongen.html) is Professor of History of Science at the University of Amsterdam. His most recent publications include *Einstein’s Unification* (2010) and *Cold War Science and the Transatlantic Circulation of Knowledge* (2015).