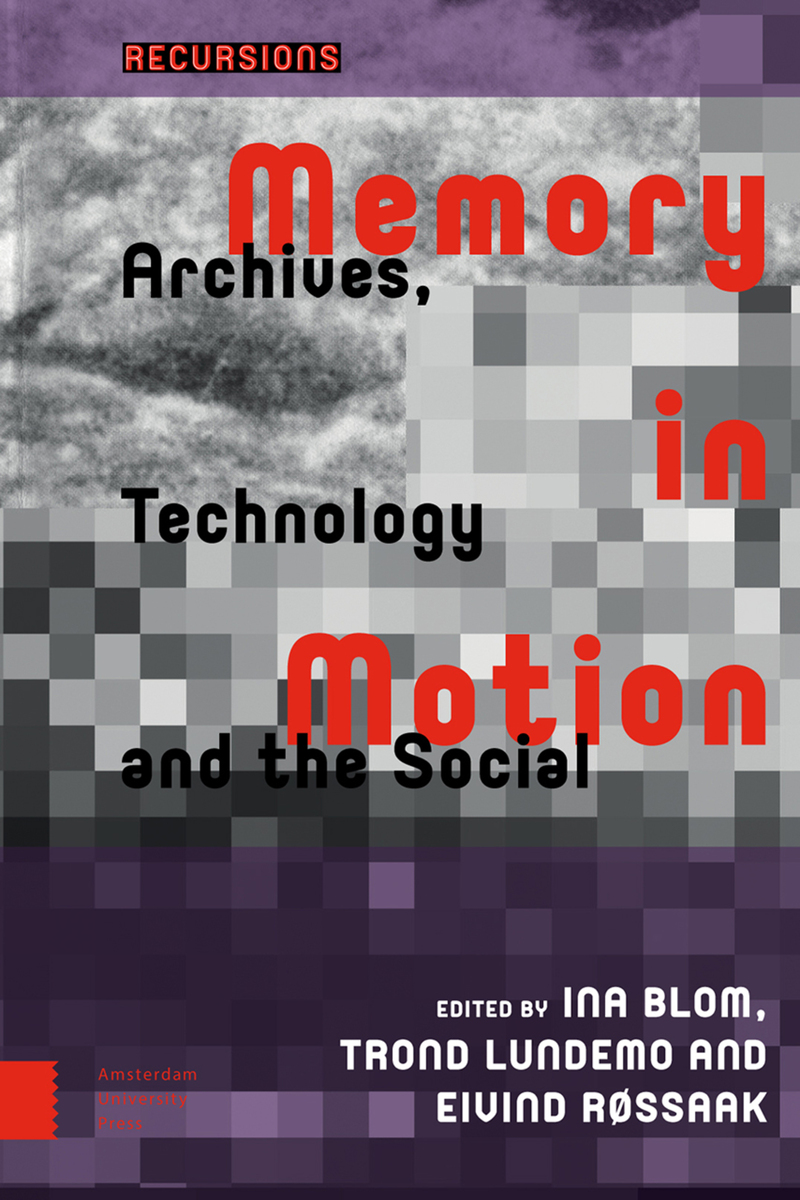 Memory in Motion: Archives, Technology, and the Social

ABOUT THIS BOOK
How do new media affect the question of social memory? Social memory is usually described as enacted through ritual, language, art, architecture, and institutions ? phenomena whose persistence over time and capacity for a shared storage of the past was set in contrast to fleeting individual memory. But the question of how social memory should be understood in an age of digital computing, instant updating, and interconnection in real time, is very much up in the air. The essays in this collection discuss the new technologies of memory from a variety of perspectives that explicitly investigate their impact on the very concept of the social.Contributors: David Berry, Ina Blom, Wolfgang Ernst, Matthew Fuller, Andrew Goffey, Liv Hausken, Yuk Hui, Trond Lundemo, Adrian Mackenzie, Sónia Matos, Richard Mills, Jussi Parikka, Eivind Røssaak, Stuart Sharples, Tiziana Terranova, Pasi Väliaho.
AUTHOR BIOGRAPHY
Ina Blom is a Professor at the Department of Philosopy, Classics, History of Art and Ideas at the University of Oslo and Visiting Professor at the Dept. of Art History, University of Chicago. She is the author of On The Style Site. Art, Sociality, and Media Culture (2007) and The Autobiography of Video. The Life and Times of a Memory Technology (2016). Trond Lundemo is Associate Professor in Cinema Studies at The Department of Media Studies, Stockholm University. He is co-editor of The Location of History, vol. 3: Memory, Media and Materiality (in Swedish, 2016) and co-editor of the book series Film Theory in Media History at Amsterdam University Press.Eivind Røssaak is Associate Professor in the Research Department at the National Library of Norway and Visiting Professor at Nordland College of Cinema and the Arts. He is the editor of The Archive in Motion (2010) and Between Stillness and Motion (2011) and the author of The Still/Moving Image: Cinema and the Arts (2010).