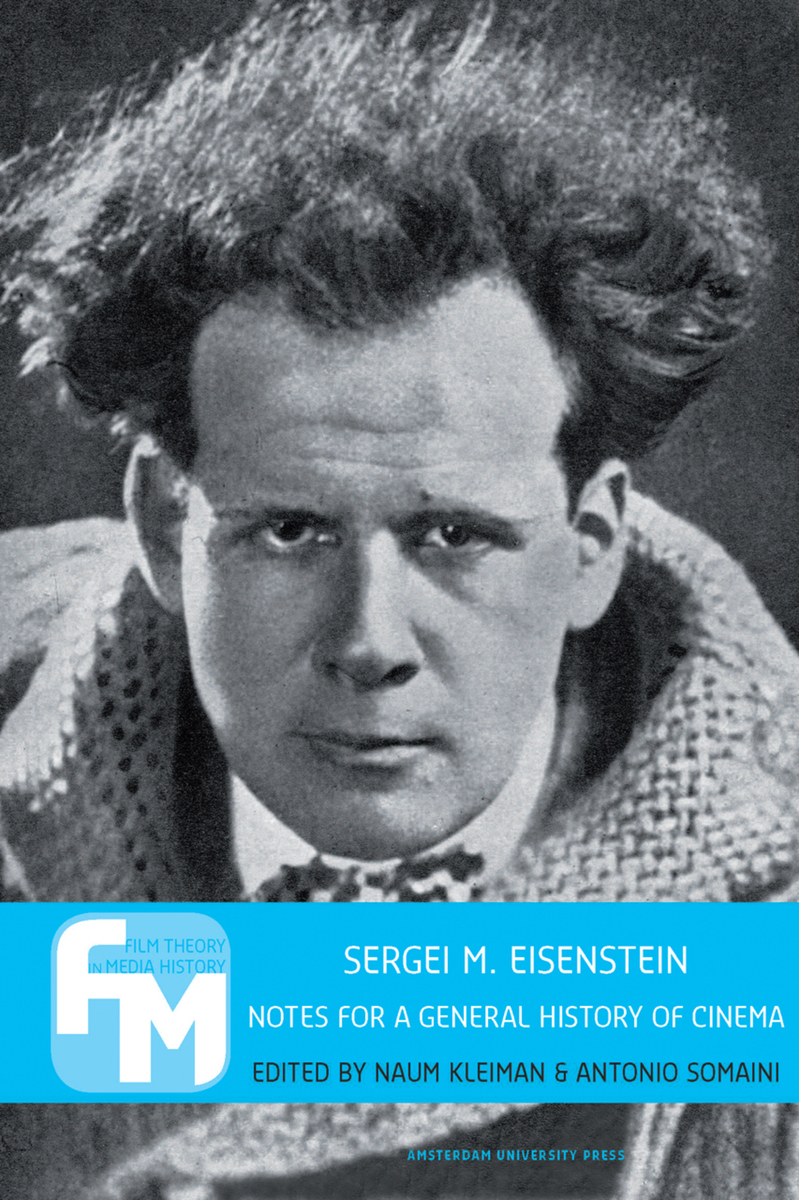 Sergei M. Eisenstein: Notes for a General History of Cinema

ABOUT THIS BOOK
One of the iconic figures of the twentieth-century cinema, Sergei Eisenstein is best known as the director of The Battleship Potemkin, Alexander Nevskii and Ivan the Terrible. His craft as director and film editor left a distinct mark on such key figures of the Western cinema as Nicolas Roeg, Francis Ford Coppola, Sam Peckinpah and Akiro Kurosawa.This comprehensive volume of Eisenstein’s writings is the first-ever English-language edition of his newly discovered notes for a general history of the cinema, a project he undertook in 1946-47 before his death in 1948. In his writings, Eisenstein presents the main coordinates of a history of the cinema without mentioning specific directors or films: what we find instead is a vast genealogy of all the media and of all the art forms that have preceded cinema’s birth and accompanied the first decades of its history, exploring the same expressive possibilities that cinema has explored and responding to the same, deeply rooted, “urges” cinema has responded to. Cinema appears here as the heir of a very long tradition that includes death masks, ritual processions, wax museums, diorama and panorama, and as a medium in constant transformation, that far from being locked in a stable form continues to redefine itself.The texts by Eisenstein are accompanied by a series of critical essays written by some of the world’s most qualified Eisenstein scholars.
AUTHOR BIOGRAPHY
Antonio Somaini is professor of film and visual culture studies at the Université SorbonneNouvelle Paris 3. Naum Kleiman is director of the Film Museum in Moscow, director of the Eisenstein Center, and editor of the Russian editions of some of Eisenstein's most important theoretical works.