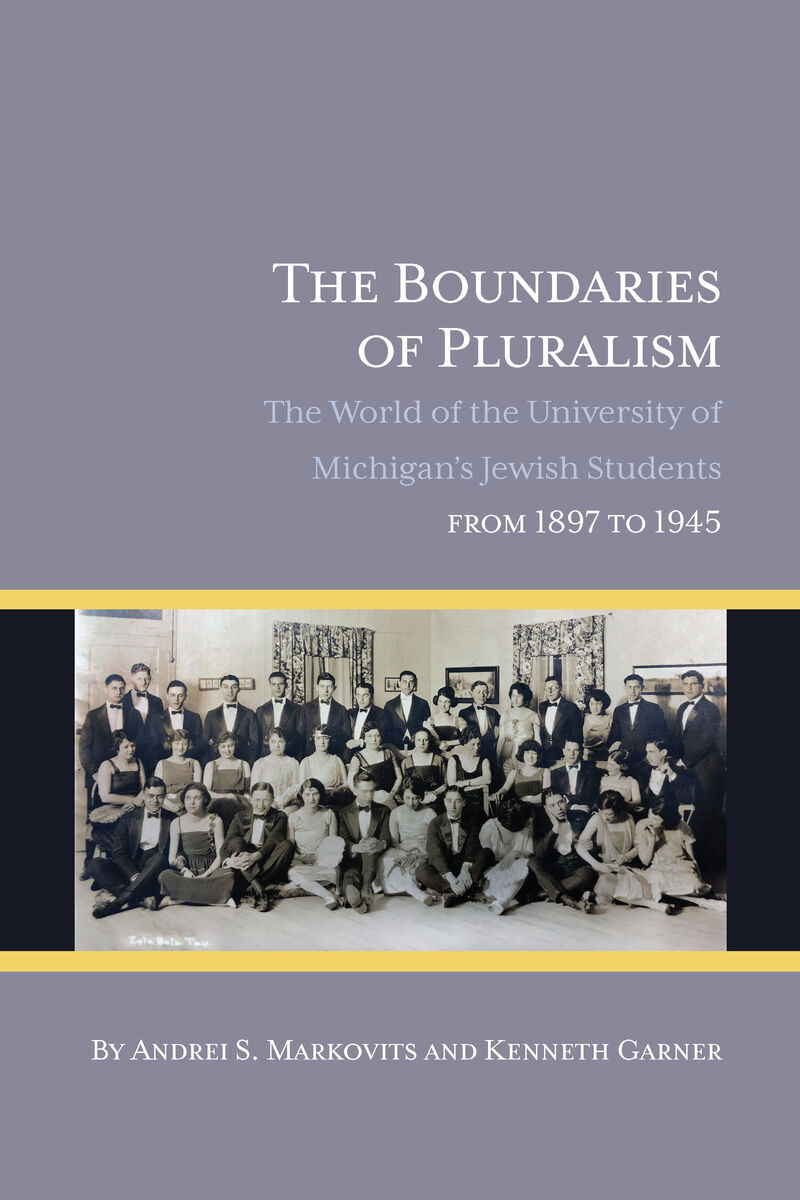 The Boundaries of Pluralism: The World of the University of Michigan’s Jewish Students from 1897 to 1945

ABOUT THIS BOOK
This is a highly original and intriguing book which should attract a good deal of interest. It is based on exhaustive, quite remarkable archival research and includes a sophisticated prosopographical analysis of Jewish enrollment over several decades. Most intriguing, the book unearths hitherto unknown information about the growing influence on University policy of the famously anti-Semitic Henry Ford and figures in Ford’s orbit. Despite the contentious nature of their research topic, the authors maintain a consistently detached, non-judgmental, yet intellectually incisive perspective. The result is an entirely credible, well written, often quite exciting chronicle of a minority, most of whose families had been in America for only one or two generations, striving to define themselves, and the response of the Gentile community to those aspirations. Given the centrality of immigration politics in the US and Europe at the present moment, this story has wide contemporary relevance.
Victor Lieberman,
Raoul Wallenberg Distinguished University Professor of History,
University of Michigan
This is a deeply researched and strikingly original study of Jewish students at an important place in an important time. Its focus on both the lives of the students and their institutional situation yields deep insight and new, subtle understandings of the complicated interactions of Jewish identity and anti-semitism in a state which, in those years, was the virtual capital of the latter and at a university which struggled with both. Required reading for anyone interested in this topic.
Terrence J. McDonald,
Arthur F. Thurnau Professor, University of Michigan,
and Director, Bentley Historical Library
AUTHOR BIOGRAPHY
Andrei S. Markovits is the Karl W. Deutsch Collegiate Professor of Comparative Politics and German Studies and an Arthur F. Thurnau Professor at the University of Michigan. He holds professorships in the University’s Department of Political Science and the Department of Germanic Languages and Literatures, as well as a courtesy appointment in its Department of Sociology.

Kenneth Garner earned his Ph.D. in history and a certificate in cinema studies at the University of Michigan. Currently, he is Head of Research and Publications at Fakhoury Global Immigration USA, PC, of Troy Michigan.