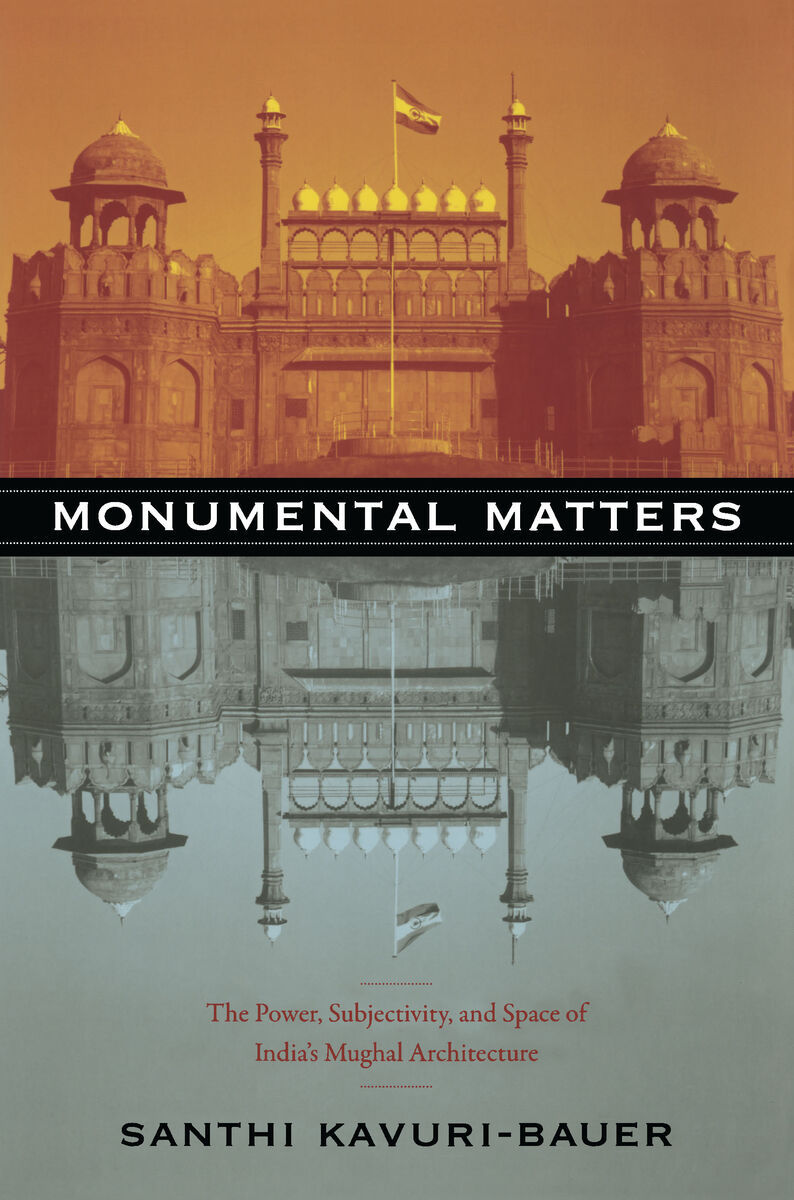 ABOUT THIS BOOK
Built in the sixteenth and seventeenth centuries, India’s Mughal monuments—including majestic forts, mosques, palaces, and tombs, such as the Taj Mahal—are world renowned for their grandeur and association with the Mughals, the powerful Islamic empire that once ruled most of the subcontinent. In Monumental Matters, Santhi Kavuri-Bauer focuses on the prominent role of Mughal architecture in the construction and contestation of the Indian national landscape. She examines the representation and eventual preservation of the monuments, from their disrepair in the colonial past to their present status as protected heritage sites.

Drawing on theories of power, subjectivity, and space, Kavuri-Bauer’s interdisciplinary analysis encompasses Urdu poetry, British landscape painting, imperial archaeological surveys, Indian Muslim identity, and British tourism, as well as postcolonial nation building, World Heritage designations, and conservation mandates. Since Independence, the state has attempted to construct a narrative of Mughal monuments as symbols of a unified, secular nation. Yet modern-day sectarian violence at these sites continues to suggest that India’s Mughal monuments remain the transformative spaces—of social ordering, identity formation, and national reinvention—that they have been for centuries.