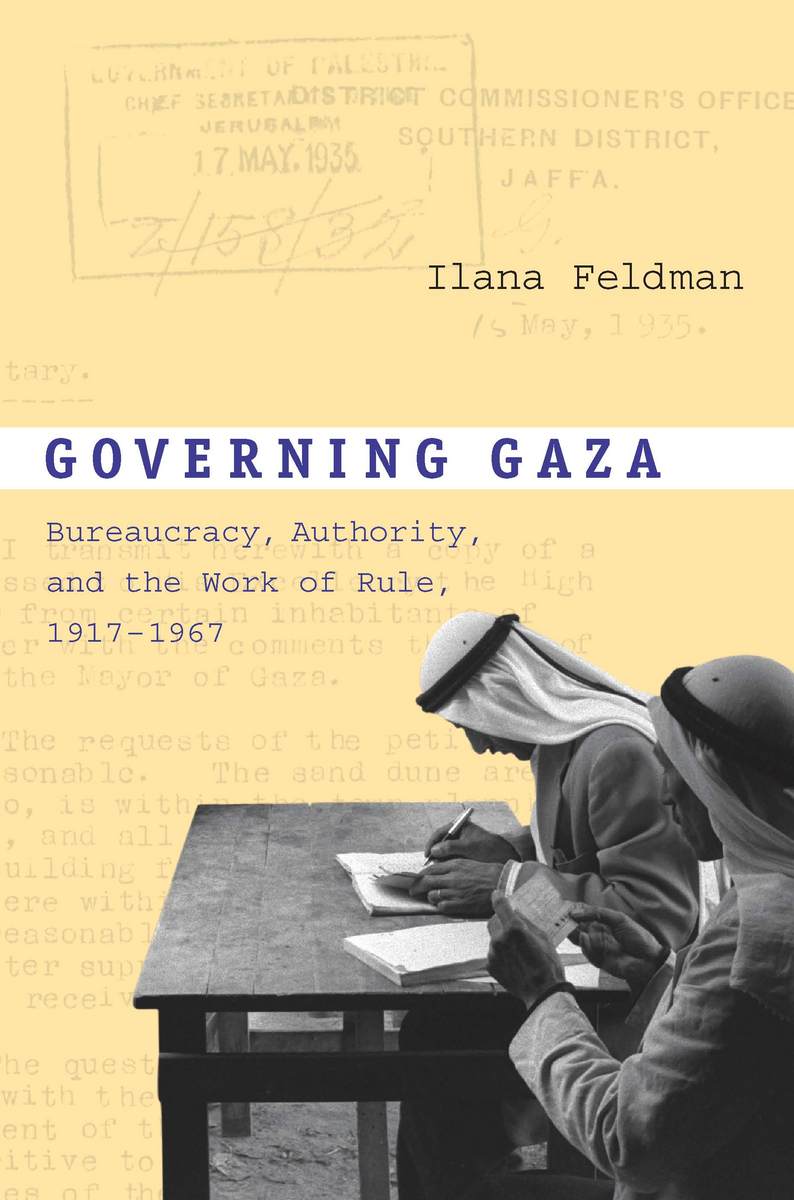 ABOUT THIS BOOK
Marred by political tumult and violent conflict since the early twentieth century, Gaza has been subject to a multiplicity of rulers. Still not part of a sovereign state, it would seem too exceptional to be a revealing site for a study of government. Ilana Feldman proves otherwise. She demonstrates that a focus on the Gaza Strip uncovers a great deal about how government actually works, not only in that small geographical space but more generally. Gaza’s experience shows how important bureaucracy is for the survival of government. Feldman analyzes civil service in Gaza under the British Mandate (1917–48) and the Egyptian Administration (1948–67). In the process, she sheds light on how governing authority is produced and reproduced; how government persists, even under conditions that seem untenable; and how government affects and is affected by the people and places it governs.

Drawing on archival research in Gaza, Cairo, Jerusalem, and London, as well as two years of ethnographic research with retired civil servants in Gaza, Feldman identifies two distinct, and in some ways contradictory, governing practices. She illuminates mechanisms of “reiterative authority” derived from the minutiae of daily bureaucratic practice, such as the repetitions of filing procedures, the accumulation of documents, and the habits of civil servants. Looking at the provision of services, she highlights the practice of “tactical government,” a deliberately restricted mode of rule that makes limited claims about governmental capacity, shifting in response to crisis and operating without long-term planning. This practice made it possible for government to proceed without claiming legitimacy: by holding the question of legitimacy in abeyance. Feldman shows that Gaza’s governments were able to manage under, though not to control, the difficult conditions in Gaza by deploying both the regularity of everyday bureaucracy and the exceptionality of tactical practice.