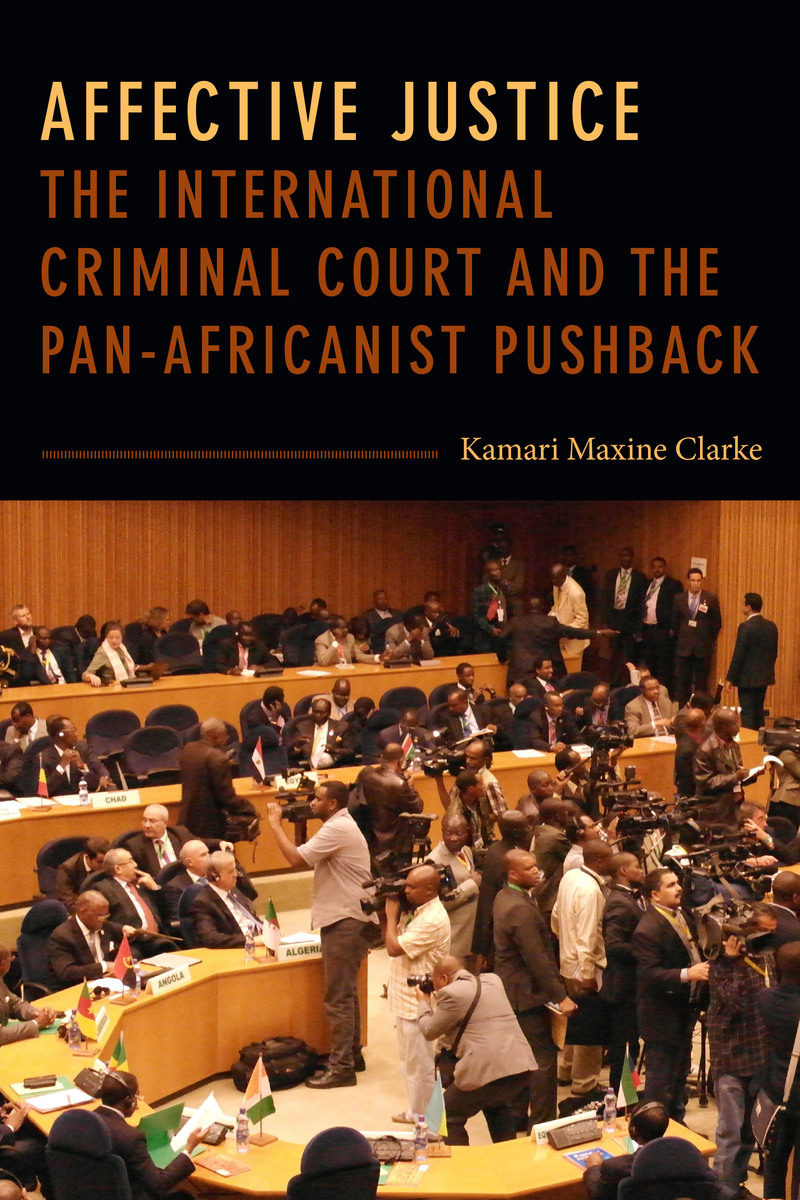 Affective Justice: The International Criminal Court and the Pan-Africanist Pushback

ABOUT THIS BOOK
Since its inception in 2001, the International Criminal Court (ICC) has been met with resistance by various African states and their leaders, who see the court as a new iteration of colonial violence and control. In Affective Justice Kamari Maxine Clarke explores the African Union's pushback against the ICC in order to theorize affect's role in shaping forms of justice in the contemporary period. Drawing on fieldwork in The Hague, the African Union in Addis Ababa, sites of postelection violence in Kenya, and Boko Haram's circuits in Northern Nigeria, Clarke formulates the concept of affective justice—an emotional response to competing interpretations of justice—to trace how affect becomes manifest in judicial practices. By detailing the effects of the ICC’s all-African indictments, she outlines how affective responses to these call into question the "objectivity" of the ICC’s mission to protect those victimized by violence and prosecute perpetrators of those crimes. In analyzing the effects of such cases, Clarke provides a fuller theorization of how people articulate what justice is and the mechanisms through which they do so.
AUTHOR BIOGRAPHY
Kamari Maxine Clarke is Professor of Anthropology at the University of California, Los Angeles, and the author of Mapping Yorùbá Networks: Power and Agency in the Making of Transnational Communities, also published by Duke University Press, and Fictions of Justice: The International Criminal Court and the Challenge of Legal Pluralism in Sub-Saharan Africa.