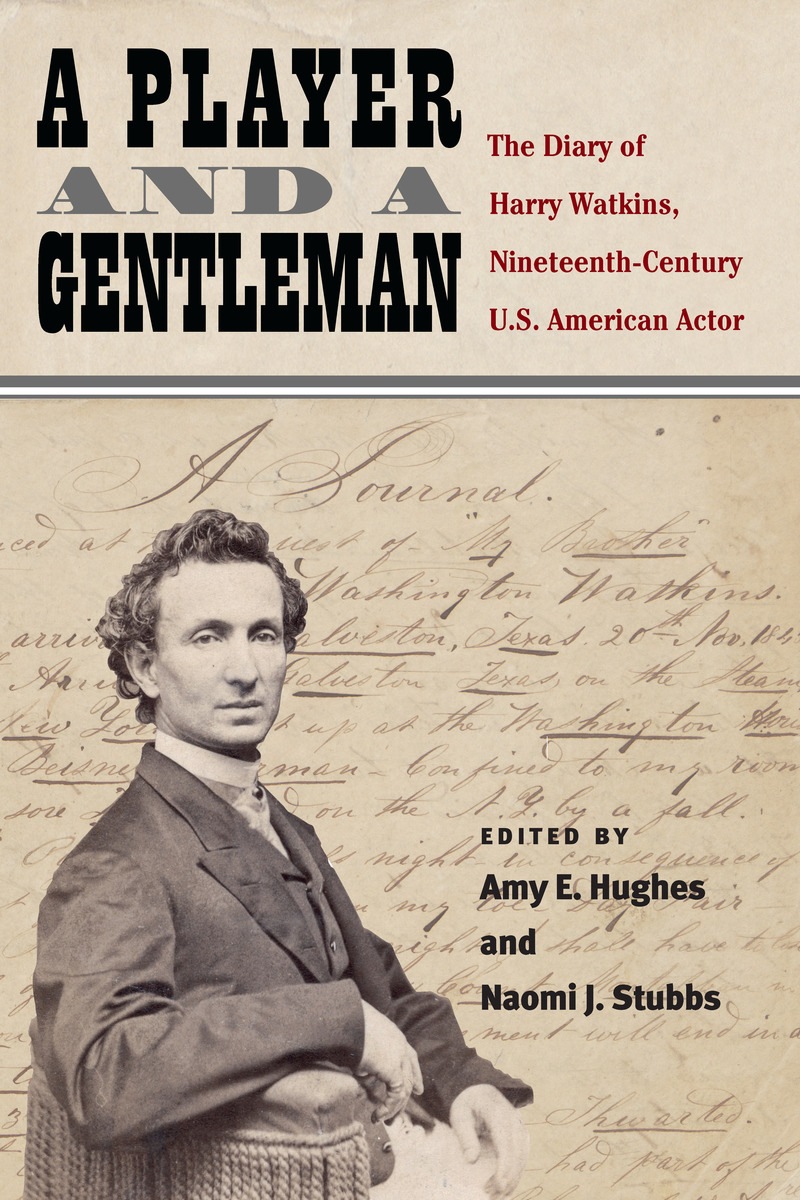 A Player and a Gentleman: The Diary of Harry Watkins, Nineteenth-Century U.S. American Actor

Hardworking actor, playwright, and stage manager Harry Watkins (1825–94) was also a prolific diarist. For fifteen years Watkins regularly recorded the plays he saw, the roles he performed, the books he read, and his impressions of current events. Performing across the U.S., Watkins collaborated with preeminent performers and producers, recording his successes and failures as well as his encounters with celebrities such as P. T. Barnum, Junius Brutus Booth, Edwin Forrest, Anna Cora Mowatt, and Lucy Stone. His is the only known diary of substantial length and scope written by a U.S. actor before the Civil War—making Watkins, essentially, the antebellum equivalent of Samuel Pepys. Theater historians Amy E. Hughes and Naomi J. Stubbs have selected, edited, and annotated excerpts from the diary in an edition that offers a vivid glimpse of how ordinary people like Watkins lived, loved, struggled, and triumphed during one of the most tumultuous periods in U.S. history. The selections in A Player and a Gentleman are drawn from a more expansive digital archive of the complete diary. The book, like its digital counterpart, will richly enhance our knowledge of antebellum theater culture and daily life in the U.S. during this period.