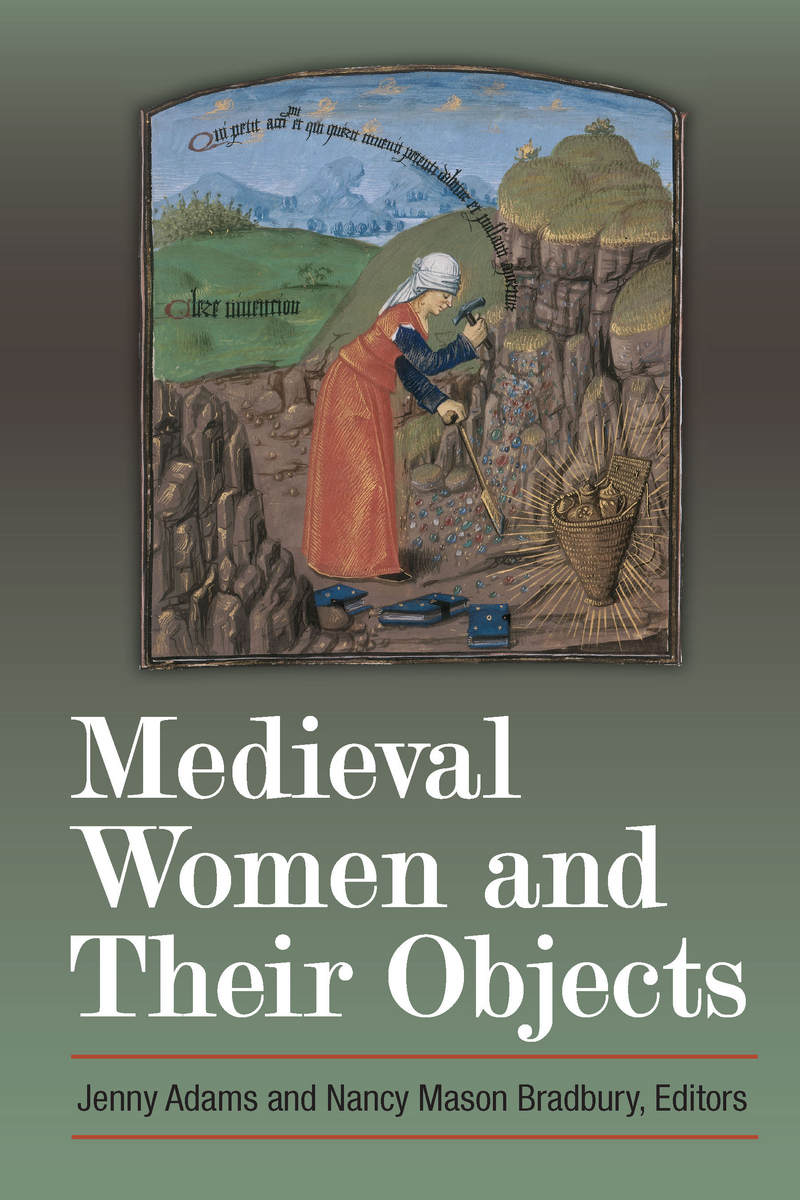 Medieval Women and Their Objects

by Nancy Bradbury and Jennifer Adams

ABOUT THIS BOOK
The essays gathered in this volume present multifaceted considerations of the intersection of objects and gender within the cultural contexts of late medieval France and England. Some take a material view of objects, showing buildings, books, and pictures as sites of gender negotiation and resistance and as extensions of women’s bodies. Others reconsider the concept of objectification in the lives of fictional and historical medieval women by looking closely at their relation to gendered material objects, taken literally as women’s possessions and as figurative manifestations of their desires.

The opening section looks at how medieval authors imagined fictional and legendary women using particular objects in ways that reinforce or challenge gender roles. These women bring objects into the orbit of gender identity, employing and relating to them in a literal sense, while also taking advantage of their symbolic meanings. The second section focuses on the use of texts both as objects in their own right and as mechanisms by which other objects are defined. The possessors of objects in these essays lived in the world, their lives documented by historical records, yet like their fictional and legendary counterparts, they too used objects for instrumental ends and with symbolic resonances. The final section considers the objectification of medieval women’s bodies as well as its limits. While this at times seems to allow for a trade in women, authorial attempts to give definitive shapes and boundaries to women’s bodies either complicate the gender boundaries they try to contain or reduce gender to an ideological abstraction. This volume contributes to the ongoing effort to calibrate female agency in the late Middle Ages, honoring the groundbreaking work of Carolyn P. Collette.

AUTHOR BIOGRAPHY
Jenny Adams is Associate Professor of English at the University of Massachusetts, Amherst.

Nancy Mason Bradbury is Professor of English at Smith College.