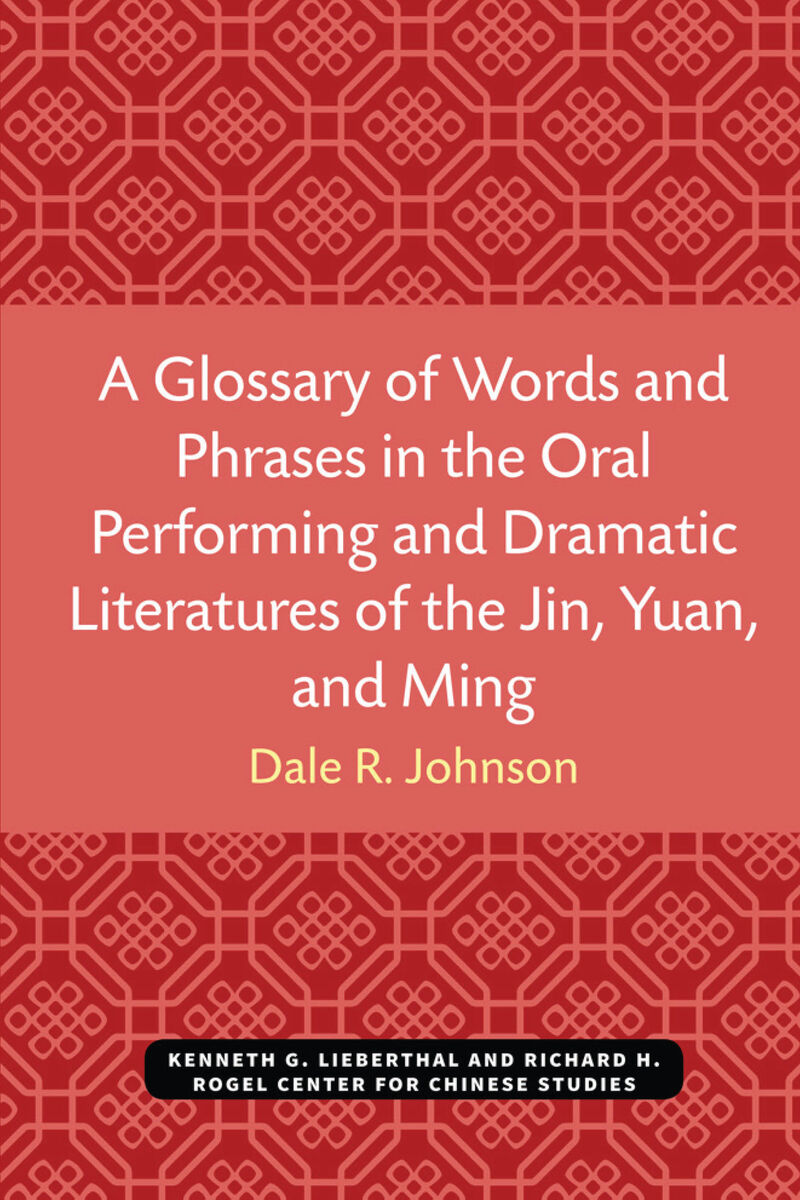 A Glossary of Words and Phrases in the Oral Performing and Dramatic Literatures of the Jin, Yuan, and Ming

ABOUT THIS BOOK
For many years, the oral performing and dramatic literatures of China from 1200 to 1600 CE were considered some of the most difficult texts in the Chinese corpus. They included ballad medleys, comic farces, Yuan music dramas, Ming music dramas, and the novel Shuihu zhuan. The Japanese scholars who first dedicated themselves to study these works in the mid-twentieth century were considered daring. As late as 1981, no comprehensive dictionary or glossary for this literature existed in any language, Asian or Western.
A Glossary of Words and Phrases fills this gap for Western readers, allowing even a relative novice who has resonable command of Chinese to read, translate, and appreciate this great body of literature with an ease undreamed of even two decades ago. The Glossary is organized into approximately 8,000 entries based on the reading notes and glosses found in various dictionaries, thesauruses, glossaries, and editions of works from the period. Main entries are listed alphabetically in the pinyin romanization system. In addition to glosses, entries include symbolic annotations, guides to pronunciation, and text citations. The result is a broadly useful glossary serving the needs of students of this literature as well as scholars researching Jin and Yuan language and its usage.
AUTHOR BIOGRAPHY
Now retired, Dale R. Johnson was Professor of Chinese and Chair of East Asian Studies, Oberlin College. He has published Yuan Music Drama: Studies in Prosody and Structure and A Complete Catalogue of Northern Arias in the Dramatic Style.