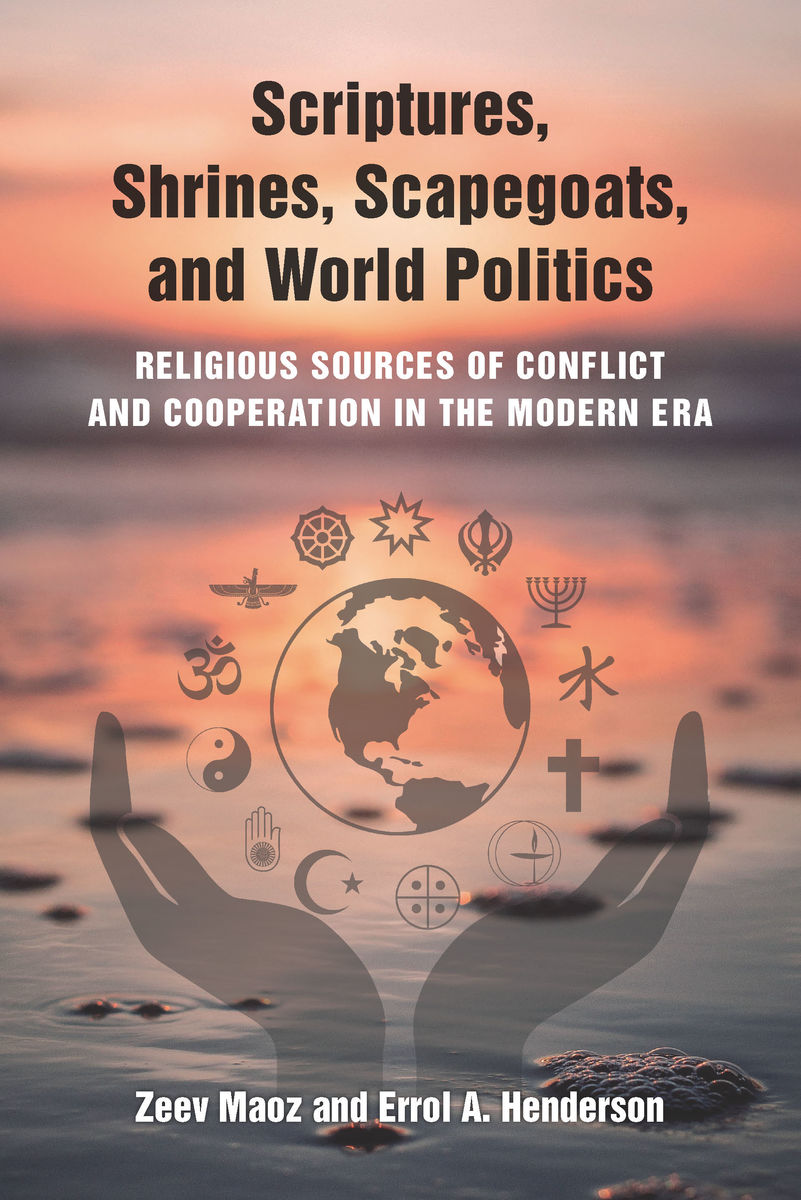 Scriptures, Shrines, Scapegoats, and World Politics: Religious Sources of Conflict and Cooperation in the Modern Era

by Zeev Maoz and Errol A Henderson

The effect of religious factors on politics has been a key issue since the end of the Cold War and the subsequent rise of religious terrorism. However, the systematic investigations of these topics have focused primarily on the effects of religion on domestic and international conflict. Scriptures, Shrines, Scapegoats, and World Politics offers a comprehensive evaluation of the role of religion in international relations, broadening the scope of investigation to such topics as the relationship between religion and cooperation, religion and conflict, and the relationship between religion and the quality of life. Religion is often manipulated by political elites to advance their principal goal of political survival. Zeev Maoz and Errol A. Henderson find that no specific religion is either consistently more bellicose or consistently more cooperative than other religions. However, religious similarity between states tends to reduce the propensity of conflict and increase the opportunity for security cooperation. The authors find a significant relationship between secularism and human security.

Zeev Maoz is Distinguished Professor of Political Science at the University of California, Davis.

Errol A. Henderson is Associate Professor of Political Science at Pennsylvania State University.