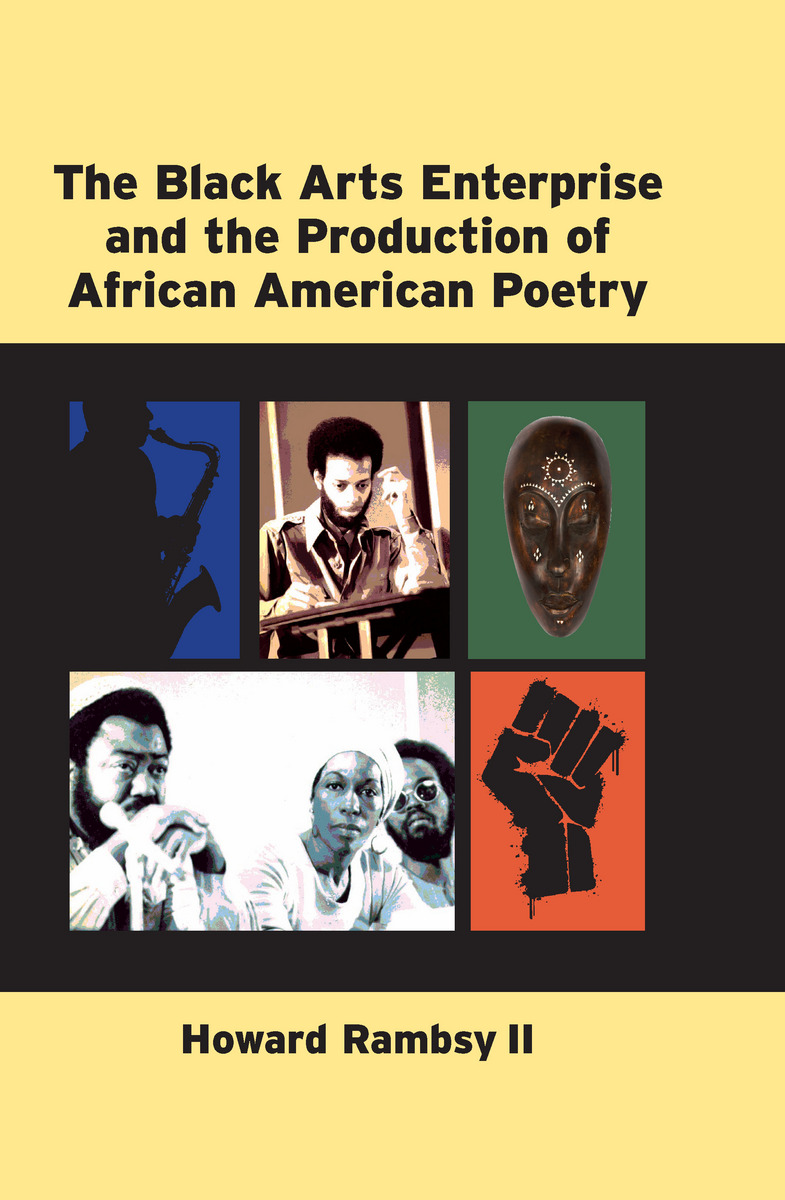 The Black Arts Enterprise and the Production of African American Poetry

ABOUT THIS BOOK
The Black Arts Enterprise and the Production of African American Poetry offers a close examination of the literary culture in which the Black Arts Movement’s poets (including Amiri Baraka, Nikki Giovanni, Sonia Sanchez, Larry Neal, Haki Madhubuti, Carolyn Rodgers, and others) operated and of the small presses and literary anthologies that first published the movement’s authors. The book also describes the role of the Black Arts Movement in reintroducing readers to poets such as Langston Hughes, Robert Hayden, Margaret Walker, and Phillis Wheatley.

Focusing on the material production of Black Arts poetry, the book combines genetic criticism with cultural history to shed new light on the period, its publishing culture, and the writing and editing practices of its participants. Howard Rambsy II demonstrates how significant circulation and format of black poetic texts—not simply their content—were to the formation of an artistic movement. The book goes on to examine other significant influences on the formation of Black Arts discourse, including such factors as an emerging nationalist ideology and figures such as John Coltrane and Malcolm X.
AUTHOR BIOGRAPHY
Howard Rambsy II is Associate Professor of English at Southern Illinois University, Edwardsville.