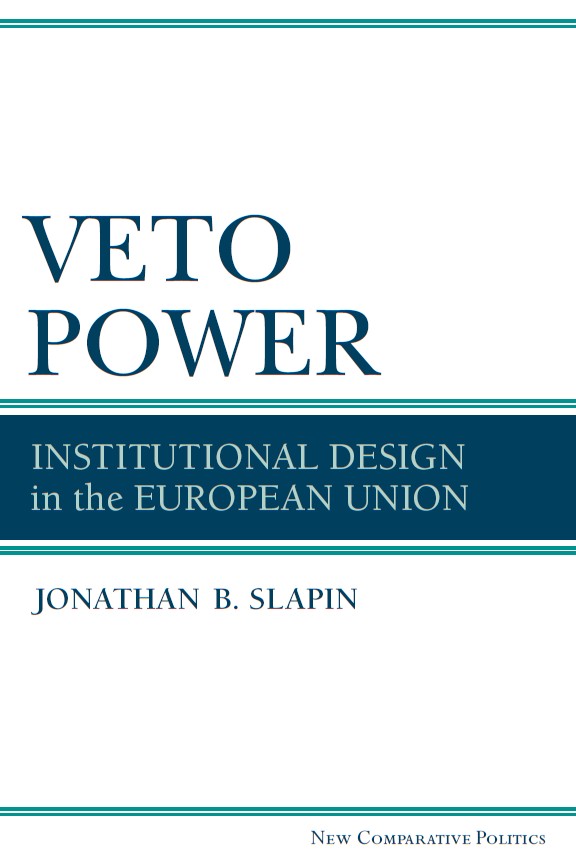 "This is a terrific book. The questions that Slapin asks about intergovernmental conferences (IGCs) in the European Union are extraordinarily important and ambitious, with implications for the EU and for international cooperation more generally. Furthermore, Slapin's theorizing of his core questions is rigorous, lucid, and accessible to scholarly readers without extensive formal modeling background . . . This book is a solid, serious contribution to the literature on EU studies."
---Mark Pollack, Temple University

"An excellent example of the growing literature that brings modern political science to bear on the politics of the European Union."
---Michael Laver, New York University

Veto rights can be a meaningful source of power only when leaving an organization is extremely unlikely. For example, small European states have periodically wielded their veto privileges to override the preferences of their larger, more economically and militarily powerful neighbors when negotiating European Union treaties, which require the unanimous consent of all EU members.

Jonathan B. Slapin traces the historical development of the veto privilege in the EU and how a veto---or veto threat---has been employed in treaty negotiations of the past two decades. As he explains, the importance of veto power in treaty negotiations is one of the features that distinguishes the EU from other international organizations in which exit and expulsion threats play a greater role. At the same time, the prominence of veto power means that bargaining in the EU looks more like bargaining in a federal system. Slapin's findings have significant ramifications for the study of international negotiations, the design of international organizations, and European integration.

Jonathan B. Slapin is Associate Professor of Political Science at the University of Houston.